Hi guys, sorry but I have to ask, does anyone have an opinion on Plasma 5 vs KDE 4? Do people find it faster, lighter, generally better - just want some opinions. Also, does anyone know if the new rolling snapshot will be released any time soon?

Not sure about the snapshot ISO, but I do find that Plasma 5 much faster than KDE SC 4. However as far as lighter or generally better, the jury is still out on that one until all of the default applications and features finish getting ported to KF5.

PS. I also find that by default the Kubuntu editions of Netrunner have there permissions, configuration files, etc. set up better than the rolling Manjaro edition. This may be due to Ubuntu having had much more time to find the proper setup than Manjaro has had. All I know is that I had to boot a Netrunner 14 live ISO to get nvram to work properly with my android tablet, I couldn’t get it to work at all under NR, not even as root.

Can’t Vote yet as Yep like me many are still waiting to even give 5 a go. Me personally not until official release of 5.3 after the 28th of this month. Then wait a bit for official 5.3 Netrunner rolling iso. Hopefully May 6th on my birthday as a present for myself.

As 4.14.6 is working so well. And I’m more about stability and production using then flashy zinging things.

As to getting such a powerful and feature rich Desktop OS that chimes in at 430mb when I disable Firefox pre-fetch and smooth and snappy on a older dual core and 4gb of ram. Just don’t see the need to rush to 5.

Sad tho as my present need is a way to get my Huion Graphics tablet working right in Krita. 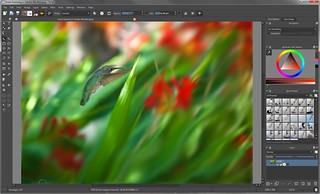 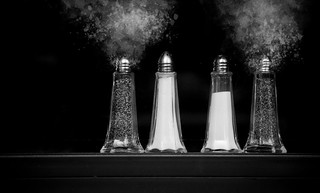 As have Krita running on same machine Windows7 and KDE. The windows side Krita works well as use dual 22" displays and works on proper display with no dual display issue support. But on linux side cannot map boundaries for just one display left. As Linux & KDE treats my Huion H610 as one device across both displays and can only use half the tablet surface to draw in krita. And the state of graphic tablet support in Linux is abysmal.

I would trade Plasma 5 for a decent graphic tablet software calibration to use my graphics tablet on KDE.